Stem cells for back pain have been a highly effective minimally-invasive treatment at ThriveMD’s Vail & Denver locations. The following low back pain patient case study is very complex and interesting, as it includes facet pain, degenerative disc disease, and a facet cyst causing sciatica.

Stem cell therapy was used as a treatment for lower back pain and after therapy she was able to return to hiking and all other regular exercise. If you are interested in reading more about stem cell patient experiences – check out their back pain treatment reviews. 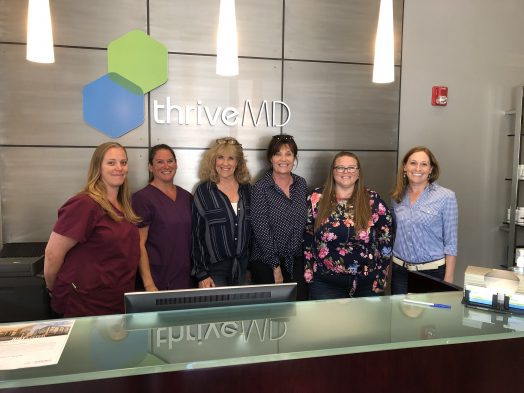 Contact our Vail or Denver office to find out if you could be a candidate for stem cell therapy.

The back pain patient is a 55 year old female from California who presented to me in December of 2014 with complaints of severe central low back pain and left proximal buttock pain and left lower extremity pain. The patient had progressive worsening of her pain since it began in 2007. In 2012, the patient leaned over at the waist and experienced a sharp pulling pain in her low back as well as some numbness and tingling into her left leg.

Since then, the patient was treated at another clinic and had undergone three minimally invasive spinal injections. These included an epidural steroid injection, lumbar medial branch blocks and a facet cyst aspiration. She had not experienced sustained relief from any of the injection therapies. She stated that her pain is worsened with extended standing or extension. She describes her pain as achy, and stabbing in character. Her daily pain scores range between 3/10 and 8/10.

Her MRI from December of 2013 is significant for facet arthropathy at L3-4. The L4-5 disc is mildly degenerative with internal disc disruption and annular tears. There is facet arthropathy bilaterally at L4-5 with a left sided facet cyst that contacts the left L5 and S1 nerve roots causing compression at L4-5.

My recommendation for her treatment was four-fold: 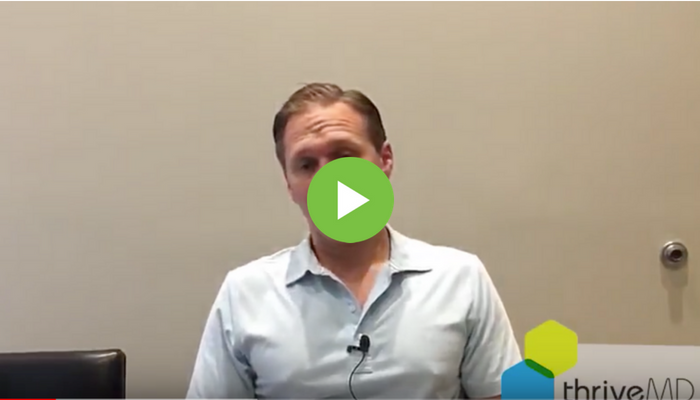 Stem Cell Treatment for Back Pain.

Patient in the video has used stem cell therapy for back pain, but is not the patient discussed in this case study.
Individual patient results may vary. Please contact us today to find out if stem cell therapy may be able to help you.

Immediately following the procedure the back pain patient reported dramatic improvement in her sciatica and a modest increase in her central back pain. The morning following the procedure the patients back pain had returned to pre-injection levels and the sciatic pain remained gone. During a patient follow-up twelve weeks after the stem cell procedure, she reported complete resolution of her sciatic pain and a 95%* improvement in her central low back pain.

She underwent her follow-up bone marrow concentrate booster 7 months after her initial treatment because she was unable to return for the regularly scheduled one month booster that is included in the ThriveMD protocol. The L4-5 disc and L3-4 and L4-5 facets were once again treated with bone marrow concentrate during an image guided injection procedure.

During a follow-up eight months after the patient’s initial stem cell procedure, she reported 95%* global improvement in her symptoms. She had returned to regular exercise and was once again enjoying the hikes and walks that she was unable to do prior to undergoing her stem cell treatment at ThriveMD. She would be willing to share her experience with anyone considering a similar procedure.

*Individual patient results may vary. Contact us today to find out if stem cell therapy may be able to help you.

If you believe you or someone you care about could be a candidate for stem cell therapy administered by a trusted clinic, please contact us today.